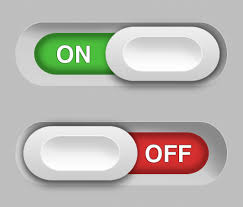 The inability of all of us to switch off is universal these days and is evident in every sector.

The World Health Organisation states that stress is the ‘Global Health Epidemic of the 21st Century’.  Stress and burnout are on the increase globally due to the increase and intensity of work and it is now the number one cause of sickness here in the UK with 12 million days lost in 2015.

The Sunday Times in 2016 stated that nearly 3/4 of bankers were suffering from insomnia, panic attacks, headaches and depression brought on by work-related stress.

The City of London police reported in Sept ’16 (9 months) a 100% increase in suicides from the previous full year 2105 in the square mile alone.

70% check their work phones within the first hour of waking

56% check their work phones before going to bed

48% check their work phones over the weekend

51% constantly check their phones during holidays

73% of British workers feel they are expected to always be available, increasing stress levels and the likelihood of them leaving their job.

It’s all a false economy and we’re all colluding in this fallacy.  It’s a massive problem for mental health and productivity.  It’s just not possible to function at your best for long periods of time without breaks and time out.

Our brains cannot continue to process information without out time out – they get full up.  Timeout allows the brain to consolidate information, make meaning, allow connections and creativity to happen and puts down memories. Being on 24/7 is not humanly possible and doesn’t allow for Eureka moments that only happen when our brains are allowed to wander.

As I say we are all colluding. Have you sent emails outside of normal working hours and expected an immediate response? Was it really that urgent? Have you sent emails to people who you know are on holiday?  Have you have copied in people on emails which was not really necessary and adding to their already bulging inbox.

Instead, people need to stop this folly.  We have to allow people to have time out. Within your team agree up front and between you when you will have uninterrupted time to switch off and recharge.  Take it in turns to cover for each other to give people a break.

If you want the biggest competitive advantage of all, carve out your own ‘switch off’ time and stick to it.  You know your competitors won’t dare and you will be so much more effective and clear-headed.

If don’t you could be yet another burn out casualty!

to help you avoid burn out – download our free planners here