Are You Any Good At Saying No 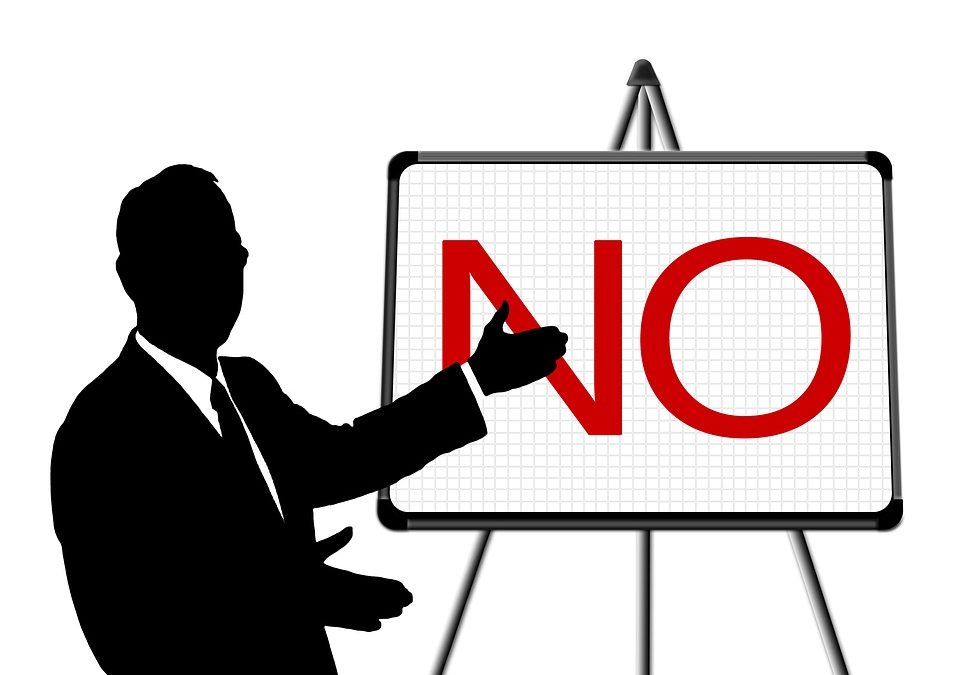 Are you any good at saying no?  Well, I reckon you’re pretty good at it because you say no every day!

But is that what you’re thinking?

Do you think of yourself as someone who is really good at saying no?

Would you agree that there are only so many hours in a day and the chances are you have more on your ‘to do’ list than you can possibly get done? Yes? Do you feel you are continuing to run just to keep up and that your list of things to do never gets any shorter? Well, if that sounds familiar, you’re good at saying no whether you recognise it or not.

Let me explain.  As there are only a certain number of hours in the day and it’s just not possible to get everything done, when you say yes to a request you must be saying no to something else. Would you agree? Then the key question is what are you saying no to? And is it OK to be saying no to this?

Let me give you an example of one of my clients. Let’s call him Joe. Joe continually found yourself working late at the office more evenings than not. When this came up on his coaching call recently, it was clear he was finding it difficult to say no to his demanding boss who seemed to find urgent things for him to do almost every day. But the thing is that Joe has a young family and by staying late most evenings he missed the opportunity of seeing his kids before they went to bed. So you see Joe

was saying no on a regular basis. But now he is aware of what he is having to sacrifice by saying yes to his boss he’s renegotiated and agreed that on three nights a week he will leave the office to get home

on time.  Now I know that takes courage and a certain level of skill, which is just one of the things I teach at my Choose to Thrive Masterclass.

You don’t want to be doing this all of the time but if you want to live life on your terms it has to be done from time to time. Make your choices consciously rather than unconsciously.

So what are you currently saying no to that you are no longer willing to tolerate?

Research conducted at the University of California, San Francisco, showed that the more difficulty you have saying no, the more likely you are to experience stress, burnout and even depression.

Saying no is a major challenge for many people. No is a powerful word that you should not be afraid to wield. When it’s time to say no, avoid phrases such as ‘I don’t think I can’ or ‘I’m not certain’. Be clear and offer alternative solutions.

Saying no to a new commitment honours your existing commitments and gives you the opportunity to successfully fulfil them. When you learn to say no, you free yourself from unnecessary constraints and free up your time and energy for the important things in life.

For more info on looking after your own well being visit www.sarahsparks.co.uk/ideas