World Suicide Prevention Day. What Can You Do? 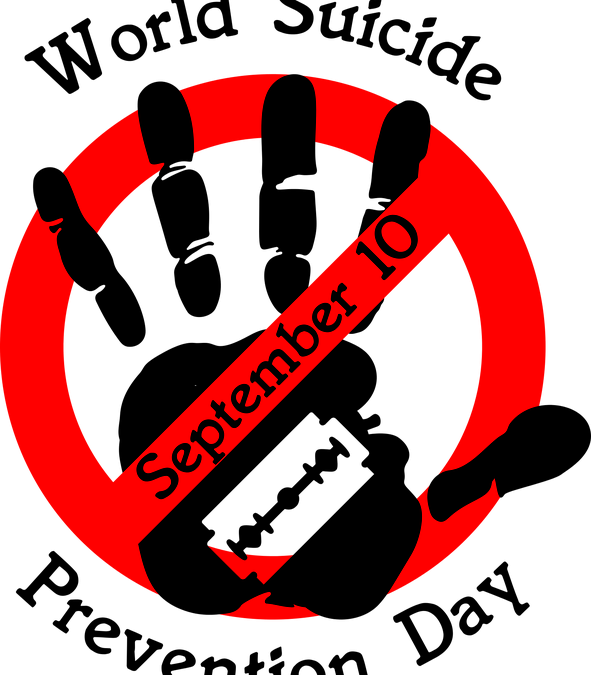 It’s suspected that the world suicide figures are a shocking, 1 person dies every 40 seconds.

That’s close to 1 million people every year, and the numbers are only growing. In addition to these numbers, there are many more who attempt suicide, putting them at an extremely high risk to attempt again. Suicide is the second leading cause of death among 15-29 year-olds, and the number one cause of death for men under the age of 35.

Today, Tuesday 10th September is World Suicide Prevention Day. Many organisations are doing incredible work to reduce the stigma surrounding mental ill-health in preparation for World Mental Health Day on October 10th. I suggest you check out the World Health Organisation’s 40 Seconds of Action campaign, which I am also partaking in just by writing this email!

I myself have gone through a period of suicidal thoughts. I have also had a good friend commit suicide, who I’d known was depressed, and I wish I’d done more.

It’s important to remind ourselves that most who are struggling will not reach out. No matter how many television ads they see, or posters on the inside of cubicle doors, they won’t call the helpline. They won’t talk to a friend. They won’t seek professional help. The black dog of mental illness often prevents them from being able to help themselves in ways not even they can understand.

You may have primarily heard me speak about ensuring that our minds are set up to thrive by taking time out for ourselves, not letting our physiological needs slip, and taking care of number one.

However, I also cannot stress enough the importance of checking in on not only our loved ones but also those we sense may need some support. R U OK day is coming up on Thursday 12th of September, which is a great reminder to us all to frequently check in with others.

I truly believe reading about mental health not only helps those who suffer, but also gives others a much greater understanding of its workings so as to support others more effectively. So, in light of this awareness week being centred around the worldwide epidemic of mental health problems, here are three great reads that I would recommend to all:

First, We Make the Beast Beautiful – Sarah Wilson
If you have anxiety, this book is for you. If you love someone who is anxious, this book is for you. I Quit Sugar founder and New York Times bestselling author Sarah Wilson has lived through high anxiety – including bipolar, OCD and several suicide attempts – her whole life. Perhaps like you, she grew tired of seeing anxiety as a disease that must be medicated into submission. Could anxiety be re-sewn, she asked, into a thing of beauty? Sarah travelled the world, in a quest to unravel the knotted ball of wool that is the anxious condition. She emerged with the very best philosophy, science and hacks for thriving with the beast.

Thrive – Rob Kelly
This book is an ACTION novel, teaching people to change their limiting thinking styles.
By joining together new research and unique clinical insights, Thrive demonstrates how most symptoms and problems in life are actually created or exacerbated by people’s limiting belief systems and thinking styles. It enables people to really understand the importance of their cognitive processes and to realise that the way they think, feel and react to situations has a profound effect on how they experience life.

The Marriage Plot: A Novel – Jeffery Eugenides
Eugenides’s book revolves around Madeline, an English major at Brown who struggles to reconcile her life with her love for Victorian literature. The book’s beating heart is the complicated relationship she has with Leonard, a possible representation of a friend of Eugenides’s who dealt with depression for much of his life and ultimately died by suicide.

I hope you enjoy these suggestions and that you too can take your #40seconds of action today.